The Marriage of Agile and DevOps: Sweetspot 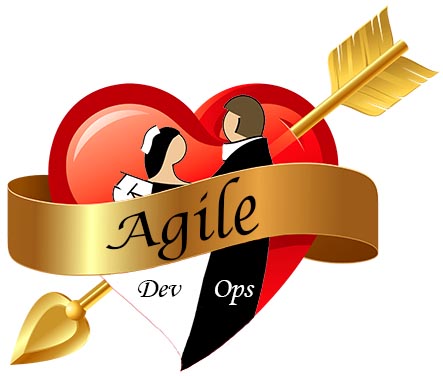 A CA sponsored study finds that Companies able to successfully implement both Agile and DevOps all across their organisation see numerous benefits according to the executives in the survey. Advanced Agile users are able to act on important decisions sooner than those new to the methodology.

As an example advanced Scrum methodologies include becoming expert in the following:

More recently we’ve seen more organisations who thought they were already ‘Agile’ because they were doing this or that to a reasonable degree. It was only later in our engagement where they could see that there was a lot more depth of valuable treasures that needed extracting than from what appeared on the surface in applying or scaling some of the frameworks or methodologies they were using.

Agile has won the software delivery wars now the maturity to do it well will drive and differentiate success. By the way, this does not stop our social media being filled with a plethora of articles on Agile’s untimely death, or the need for developing more successful alternatives that are derivatives just to be able to sell a distinguishing brand. Agile is about principles and a mindset and that mindset says we will continue to discover better ways of doing things to deliver value (italics my addition). I for one, think the Agile Manifesto does not need changing and that when those principles and mindset is continually adopted value is derived and that it is still in its productive years.

For that reason and knowing the history of DevOps having come from it’s founder’s frustration with Developers and System Administrators conflicts with each other and how they needed to work together in “Agile infrastructure”. Patrick Debois recounts how DevOps got its name in an InfoQ video interview from April 2012, where he admitted that naming the movement was not as intentional as it might seem: “I picked ‘DevOpsDays’ as Dev and Ops working together because ‘Agile System Administration’ was too long,” he said. “There never was a grand plan for DevOps as a word.”

The findings of the above mentioned study show;

These last two conclusions from the study should be enough to convince most to combine Agile and DevOps instead of merely doing one or the other. A vast ‘maturity gap’ remains in organisations’ use of Agile and DevOps.

There are some key benefits of marrying a DevOps transformation with agile methods:

The three ways or core principles of DevOps expressed in the book “The Phoenix Project: A Novel About IT, DevOps, and Helping Your Business Win.” Are also compatible with the Agile manifesto.

Individuals and interactions over processes and tools

Responding to change over following a plan

Our own experience in a few companies has been that as the technology department is embracing Scrum that very early on in that engagement there is a need for the Ops team to set up or improve quite a few supporting systems such as those mentioned below:

The above was just a glimpse of the journey that an Agile transformation can lead to effective DevOps engagement that stems from strong needs and requirements. These changes bring about successful deliveries of value to now more engaged stakeholders which in turn drives greater openness for change and transformation in the enterprise at large.

I personally believe that the Agile manifesto, with a wider viewing angle to include systems and operations as well as working valuable software, applies well to successful DevOps implementations and to DevOps values. DevOps after all helps to bring understanding to Agile teams that a working valuable delivery is not done till it’s been successfully delivered to end users and met their expectations.